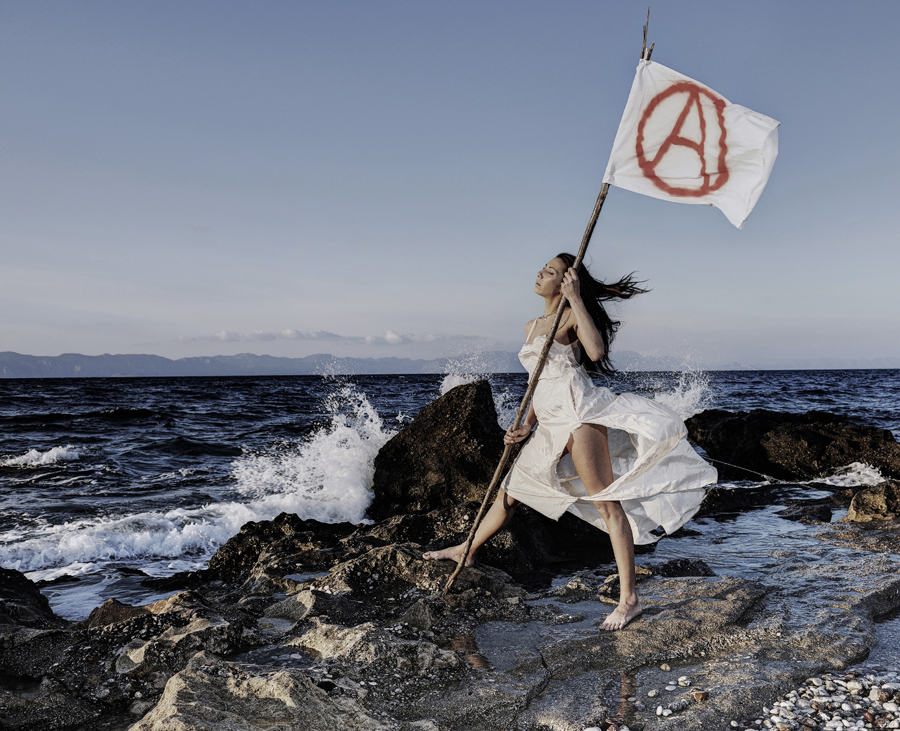 We live in troubled times. This is nothing new. Mankind invented troubled times. Our weapons might have evolved from spears and stones, but our propensity for violence, hypocrisy and holy war remain undiminished.

We photographed Carly on the rocks at Windy Beach in Rhodes Town. I can’t remember who came up with the idea to use the home-made Anarchy flag. Probably Karen. She enjoys throwing rocks at McDonalds. True to Greece’s unreliable nature, Windy Beach was actually pretty tranquil that day. We got lucky with a wave that looks more dramatic in the photograph than it did in real life. It was a chilly afternoon in January on the island’s West Coast. The Turkish coastline is approximately 20 kilometres away and the Anatolian mountains are clearly visible on the horizon.

It’s as easy to pray to a god as it is to pray to a ghost. The spirit world moves in mysterious ways indeed. Believing, however, that anyone can win a holy war when even Mother Nature doesn’t want to get involved, is a truly despicable vanity. And if you’re going to pick a fight, then choose solid ground on which to make your stand. 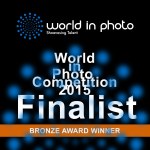 So that is the brief story of Anarchy Pearl. On November 16th she won the Bronze award in the 2015 World In Photo competition. The day before the finalists were announced, ISIS claimed responsibility for the carnage in Paris. Somehow, pointing a camera at a mildly pregnant woman pales into insignificance. But I want to believe that the spirit of Anarchy Pearl could one day prevail. Anarchy means far more than pop-up street violence and opportunist disobedience. Anarchy should reflect a desire by an individual to live a life free from any centralised system of government and blood-stained religion. Anarchy should mean that every human being has a duty to care for their fellow man and to treat everybody as an equal rather than a target. There doesn’t have to be blood on the streets.