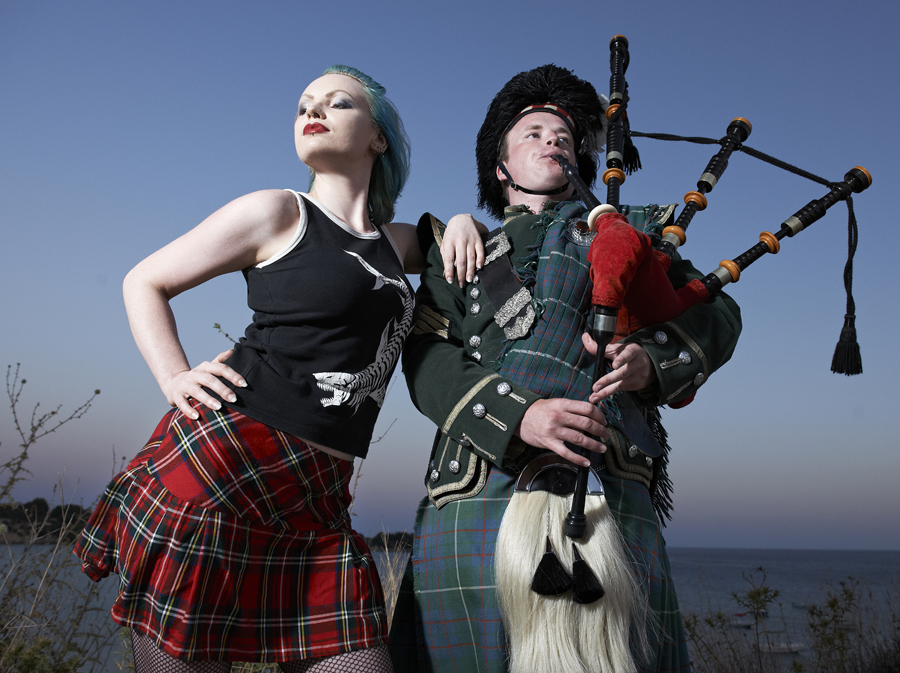 The very first flashguns were dangerous. Who in their right mind would want to stand next to exploding ribbons of magnesium that could potentially obliterate your head and blind your subject? Me. I’d love a flashgun that could maim everything within a mile radius of my chosen location. Stylists, art directors, videographers, make-up artists, wardrobe assistants, runners, that girl who always seems to stand around in the background like a sad Goth-in-a-box and the flabby tourist over there with a Selfie Stick…all incinerated. Sadly, however, most modern flashgun manufacturers seem keen to play down the Power-to-Death ratio of their particular units.

The relationship between ambient light and flash power has baffled a lot of folk since the dawn of photography.The Grand Wizard and Ultimate Overlord of this mind-bending partnership is 50 year old American photographer David Hobby. It’s all his fault. Blame him. David started the Strobist blog back in 2007. His particular passion is off-camera flash lighting and how it’s possible to balance ambient light with artificial light. To prove this he once stuck a flashgun in a hovering helicopter at sunset and triggered it remotely from the ground. David does a lot of things like that. Central to this technique is the photographer’s ability to deliberately alter the ambient light to create a particular effect.

The basic concept of Strobist lighting was also being addressed by a spoof Heavy Metal band as far back as 1984. In the movie This Is Spinal Tap, guitarist Nigel Tufnel is trying to explain to the documentary maker why all the band’s amplifiers go up to eleven.

Nigel: “Nowhere. Exactly. What we do is, if we need that extra push over the cliff,  you know what we do?”

Nigel: “These go to eleven.”

Strobist lighting – a bit like Heavy Metal – is not for the faint-hearted.  It’s actually pretty easy to understand but it’s a bastard to explain. So I’m going to condense David Hobby’s mammoth labour of love into a flippant crib sheet instead. In order to be a Strobist, you’re going to need:

Stick one radio trigger (the transmitter) onto your camera’s hot shoe. Stick your flash on top of the other (the receiver). Select manual mode on both camera and flash. Make sure both transmitter and receiver are synched to the same channel and then go and phone a friend. You’re going out to do some Strobing.

(Incidentally, flash guns are actually called Speedlights these days. I don’t know why. I think some insecure snapper decided long ago that ‘flash gun’ sounded a child’s toy. So he invented the word ‘Speedlight’ to impress and baffle all his ex-friends who don’t talk to him any more. His name was probably Clive. These days he murders prostitutes out in the woods. Don’t talk to him.)

The basic Strobing concept amounts to three separate adjustments. The first – and perhaps the most crucial – is to establish a base exposure. That means an exposure which is ‘accurate’ according to the camera. It’s a kind of flat exposure…a solid exposure that would get average grades in Photo School. But it’s nothing special. It doesn’t pop. It doesn’t shout loudly from the rooftops about anything in particular. It’s just a basic exposure. Some people would walk away happy. The Strobist, however, wants to kick its ass.

The second stage is to deliberately drop the accurate exposure into a black hole. How far you want to drift from the original exposure is a creative decision. In this case the ambient exposure has been dropped by one f-stop – from f11 to f16. The shutter speed remains unchanged. The sky is now richer and more dramatic. Obviously Ramona is now underexposed by one stop as well. You could take the ambient down another stop but at f22 you’re going to struggle with Stage 3. So 1 stop underexposure is a pretty consistent rule of thumb for bright conditions out here on a deserted riverbed.

The third and final stage in all of this is to add off-camera flash light to bring the overall exposure back into the real world. You need enough flash power out of your Speedlight to match the underexposed ambient – in this case f16. Modern Speedlights can just about manage this at full manual power. If you drop the ambient down any more then you’ll need to invest in some pretty hefty Strobe blocs to give you enough power to match the two exposures. Talk to the CIA. Or the Russians. By taking the Speedlight off-camera, however, the possibilities to light a subject are endless. It’s now possible to literally paint with flash light rather than just fire it directly from the camera like a wet towel.

Some landscape photographers consider all artificial flash light to be the work of satanic forest demons and voodoo goblins. Since most landscape photographers spend their days sitting in fields waiting for the right clouds to appear, then this is probably a fair point. Back in the real world, however, off-camera flash has been around since the end of the 19th century. The advent of affordable flash radio triggers in the late 1990s has completely changed the creative options available to professional photographers. If you’re serious about photography then it’s worth trying to diffuse this particular mind-bomb above any other. As the headless Victorian photographer once said to his blind model: “No pain – no gain. Just one more!”

To be honest, if you’ve made it this far then you deserve two fascinating snippets of trivia.

1:  The PocketWizard radio triggers came of age during Bruce Hornsby’s half-time performance at the 1991 NBA Basketball Finals. Whilst moving Bruce’s piano from the court, one of the legs snagged a bunch of cables. These were cut by the road crew and all power to the overhead Strobe lights (upon which the sports photographers relied) was also severed. That evening Jim Clark from LPA Design was testing a collection of prototype wireless triggers called FlashWizards. Following the power failure the only option for photographers at the stadium was to use these triggers. They proved so reliable and effective that evening in Chicago that Clark was encouraged to refine his prototype and this was eventually relaunched as the PocketWizard in 1999.

2:  In This Is Spinal Tap, during the infamous airport metal detector scene, bassist Derek Smalls is wearing a Shrewsbury Town FC jersey.

← Grand Theft Photo – Save The Giraffes
Skyclad & Other Myths →