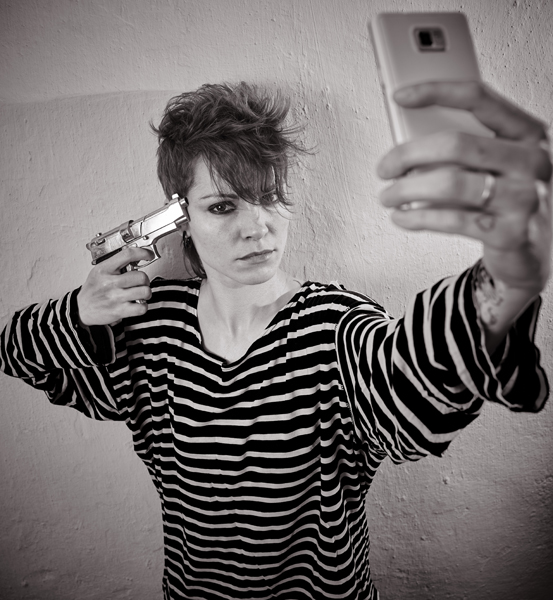 So beheading is back in the news after a few centuries’ absence. How practical. How efficient. How very Ikea. It must be re-assuring for some people to know that the old ways really were the best. You simply don’t need nuclear submarine fleets and stealth technology when you own a big fucking knife. It’s not often that we’re inspired by medieval murder techniques at Shark Infested Waters, but anyone who cannot understand the undiluted impact of public decapitation needs to be hot-wired into the real world. There is no remote control anymore. You don’t like it? Tough. Switch channels? Tough. You going to be all grown up now and negotiate around a table in the desert? Tough. We’ve got a foreign aid worker in an orange jumpsuit and you’re all going to watch. We’ll make it real easy for y’all and even send over the fucking TV schedule. Got it? Good.

Both the East and West are obsessed with propaganda. The West has Rupert Murdoch, ISIL has the al-Hayat Media Center and both sides would probably agree that the battle for hearts & minds is not panning out entirely as expected. The West can send bombs and drones and achieve nothing at all. Al-Hayat can send just one video over the internet and cause instant mayhem. The West has yet to understand that in this day and age there is nothing particularly shocking or awesome about watching a conventional war on TV. We’ve seen it all before. It wasn’t very good. Especially the ending.

If you’re going to release your own short, low-budget horror movie on the internet then you’re going to have to get creative in order to get noticed. ISIL actually understand the mechanics of terror far better than the West. Hollywood didn’t invent horror. In fact even the most cynical and deranged Hollywood agent would have to dream in overtime in order to create a bogeyman as ordinary and brutal as Jihadi John. Jihadi John could kick Jason Statham’s arse all over the West Midlands.

ISIL, on the other hand, have obviously been studying Tobe Hooper.

Al-Hayat have managed to redefine the entire Horror genre. That in itself is no mean feat. To achieve this, however, using little more than a second-hand laptop and a wobbly video camera, is truly remarkable. ISIL have learnt from Al-Qaeda. They’ve learnt what not to do. They know that the West is not going to feel threatened by a sad-eyed, bearded man like Bin Laden spouting his dreary sermons from inside a cave. They understand the need for immediate impact in order to get a particular message into our thick heads.  Ironically, as the West sits blissfully addicted to its luxury surveilance gadgets, so ISIL has used that same technology to irrefutably win the War on Terror. No wonder Iraq and Syria have recently seen an unprecedented flood of foreign jihadis. They all want to be in the movie.

ISIL might be the most rock ‘n’ roll terror organisation since the Baader-Meinhof Group, but we can’t help thinking that they might have missed a trick. They undoubtedly understand the technology of propaganda. They don’t, however, understand the culture. It’s a modern world and we demand to be dazzled.  Parading an unfortunate  selection of sunburnt aid workers and hawkish freelance reporters around in a sand storm will simply not work for very long. See? We’re already bored. Al-Hayat are going to have to raise their game in order to compete with the Deep Web and Reality TV.  ISIL need to think about beheading the unthinkable. Embrace your enemy. Behead a celebrity.

The problem with celebrity, so to speak, is that it’s a double-edged sword. If you look closely at the notion of celebrity then it’s a pretty unstable construct. ISIL need to target those individuals who have transcended mere celebrity and now exist in the public braincell as National Treasures (© the Diana Memorial Desk at the Daily Express). National Treasures have been blessed with almost super-human celebrity. They are untouchable…no matter how much drivel they might have released since rising to the very pinnacle of the celebrity heap. National Treasures are Omni-Celebs. The gods of the West. Off with their heads!

So in order to end all war – ever – we picked a few National Treasures at random and then dismissed them for various reasons. In no particular order they are:

Bono.  Nope. Tumbling from grace faster than a monkey in space.

The Entire Royal Family But Especially Kate & The Other One. No. We’d actually pay to watch that.

Sean Connery. Nah. No one cares about a failed golfer.

Helen Mirren. Possibly. But not even Jihadi John has the required balls of kryptonite to raise his voice to the Greatest Dame let alone cut off her head.

Lord Seb Coe.  No. Smarmy, toady little Tory who used to do a bit of jogging and then screwed London over with his stupid Olympic vision. Next….

Jools Holland. Oh, for Christ’s sake…he’s just a jaded boogie-woogie minstrel from South London and he smells of stale cigars.

David Jason. Hmmm, maybe…but that would actually be quite funny.

Davina McCall. Definitely not. You can keep the screeching, neurotic old dingbat.

Freddie Mercury. Absolutely! Now we’ve got it! Get the guy on the phone! Oh, wait… hang on…

So we’re not only looking for a National Treasure who is still alive but also one who is willing to step into that orange jumpsuit in order to save the world from almost certain destruction.  It wasn’t an easy search. We nearly lost our own heads with the pressure. But the judge’s decision is always final and so – with heavy hearts – we nominate Kylie Minogue. Yep…Kylie Minogue is going to save the world. Whether she likes it or not. Because there is not one single government in the West that would risk the wrath of its citizens if ISIL threatened to decapitate Kylie Minogue. The real Kylie Minogue. Not one of those robot Kylie’s they keep in a bunker just outside Macclesfield. The New World Order would perish. Anarchy would prevail. No bombs would be allowed to fall ever again. Plus Kylie would look pretty hot in an orange jumpsuit.

Anyway, if that doesn’t work out, look on the bright side. We might have lost a National Treasure but we’ve gained a new postage stamp. And there’s always Phil Daniels. Or Jeremy Paxman. Or Noddy Holder. Or Penelope Keith. Or Stirling Moss. Or Paul McCartney. Or Michael Caine…

Just be careful what you wish for.